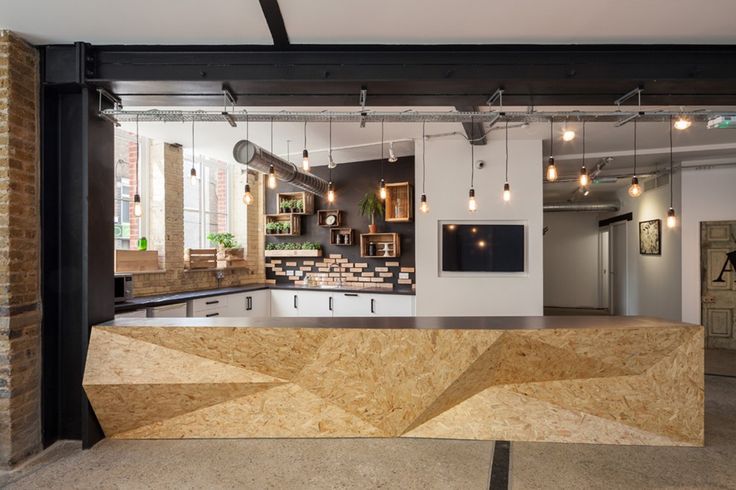 [:en]OSB – is a material increasingly used in interior design in Romania too. Because it is a material that intrigues me through the contrast between simplicity and its impact, I noted some ideas on how you can use in your homes.

OSB or Oriented Strand Board is a product obtained through mechanical pressing of a mixture of the adhesive and the layers of wood chips, arranged in certain direction, until they are obtained these compact plates. 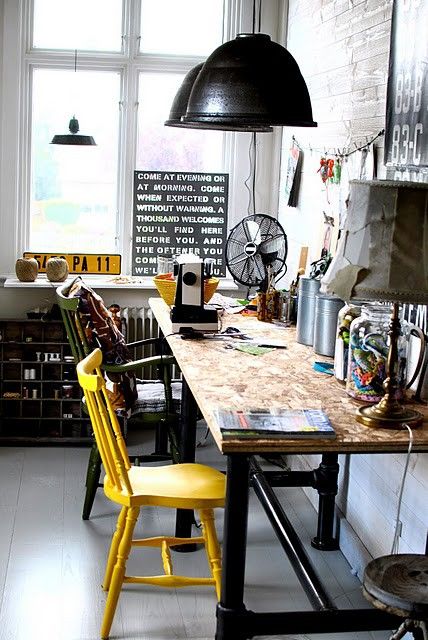 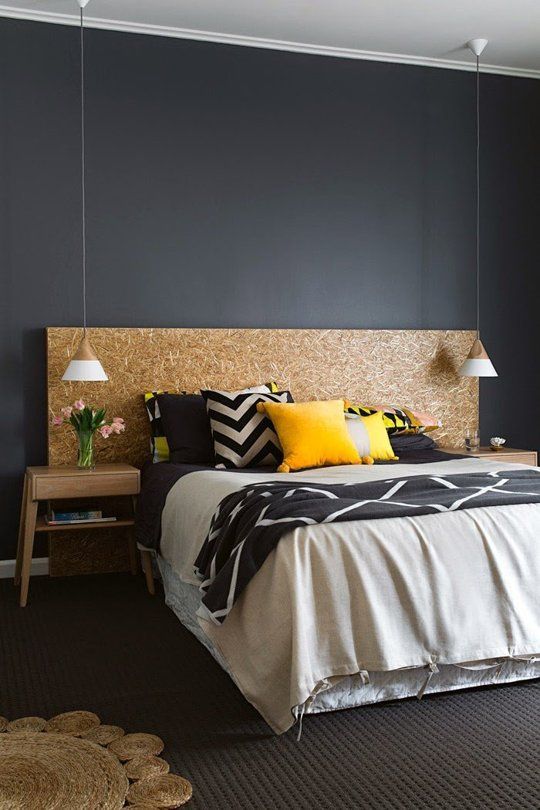 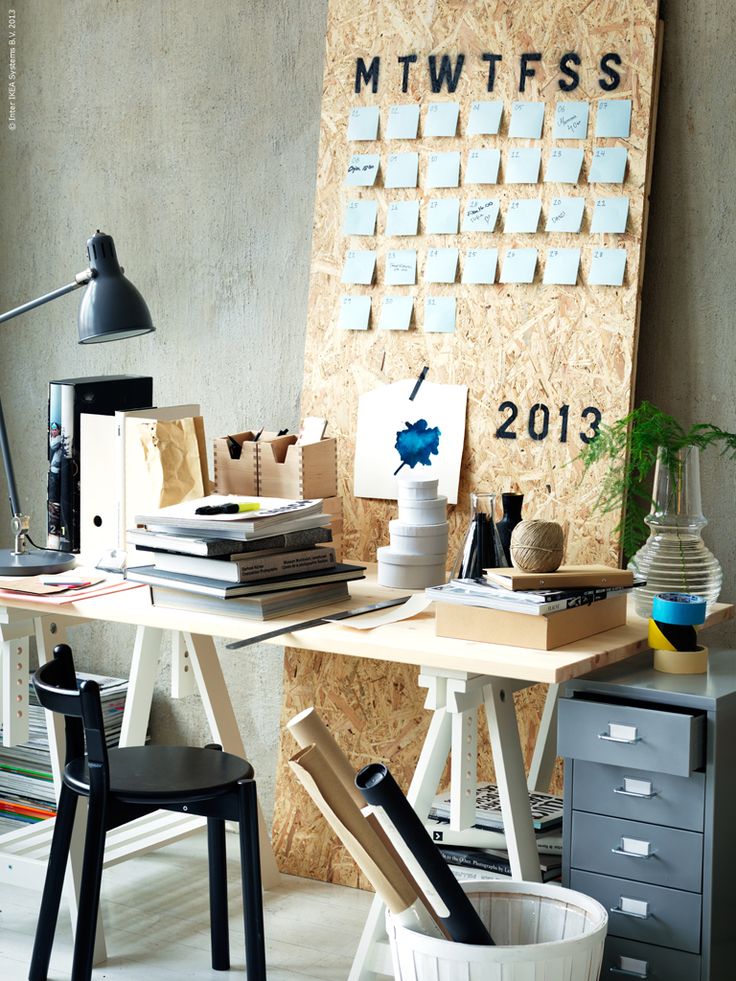 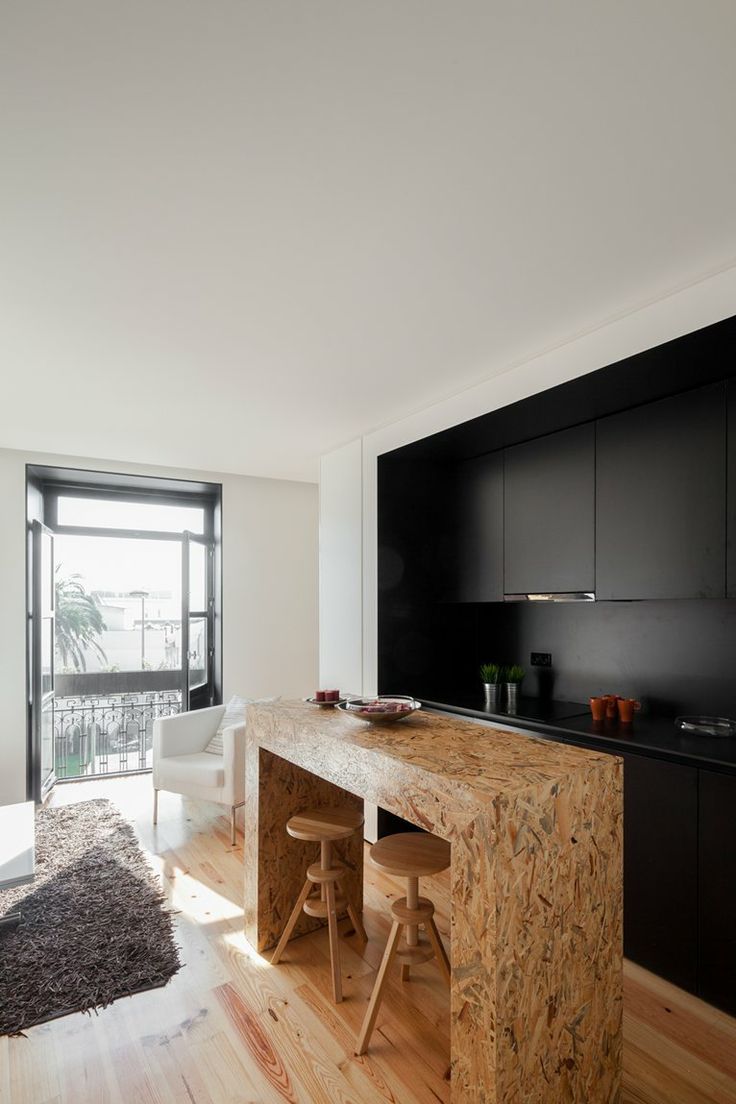 In interior design projects, OSB can be proved to be extremely versatile. They are somewhat easy to install and moved around so that they can offer a a big doze of flexibility to the space they are used in. The OSB panels can be used not only to separate different areas and functions of a space but also as part of dynamic interior in which the divisions of the space be transformable instead of stationary. They are suitable for temporary closings and openings, function found in mobile separating walls or screens. In this sense, of partioning the space, OSB can be used to create areas with different hights.  OSB can be included in the creation of a pedestal which serves to delimit the area where meals are served up to making a staircase or a platform to define a work area. 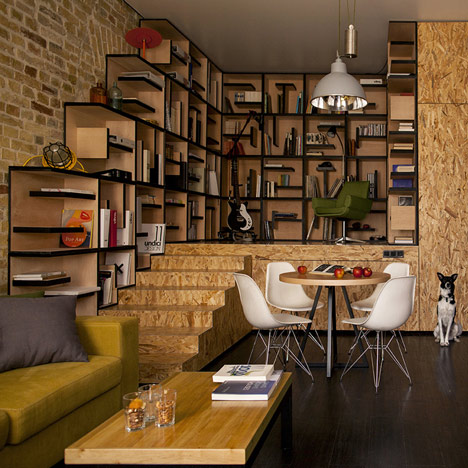 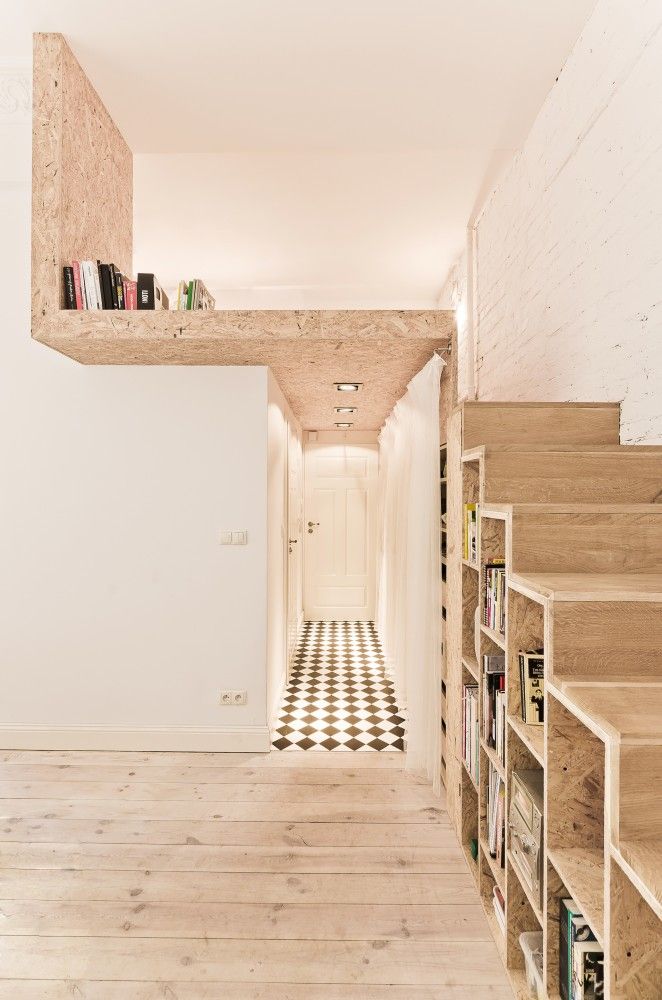 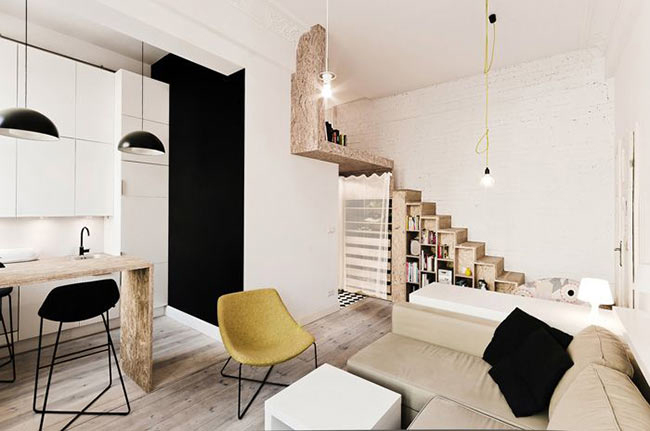 Another strong quality is that this material can be used to create different furniture. The ease with which the material can be handled and its appearance of an uniform plate make it easy to use in achieving almost any light furniture with shelves from the library, to the wardrobe. Maybe, just as well, can be used into the making  of seats, tables, desks and even elements approaching greater area of decoration: frames, headboards for beds, lighting etc. 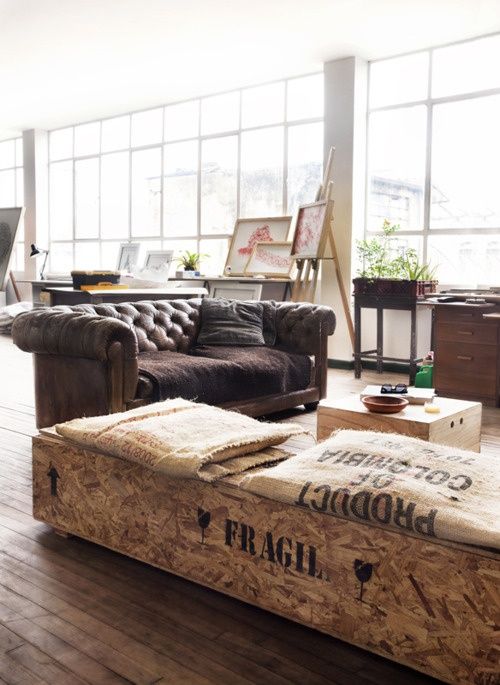 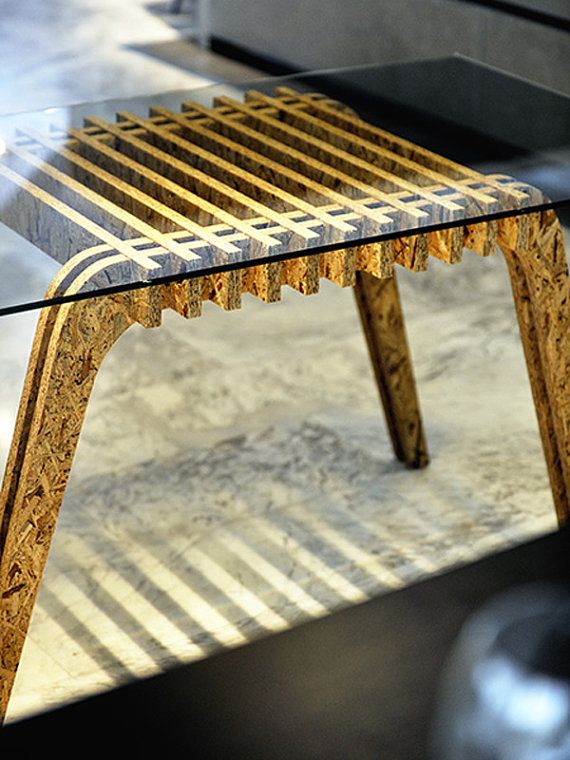 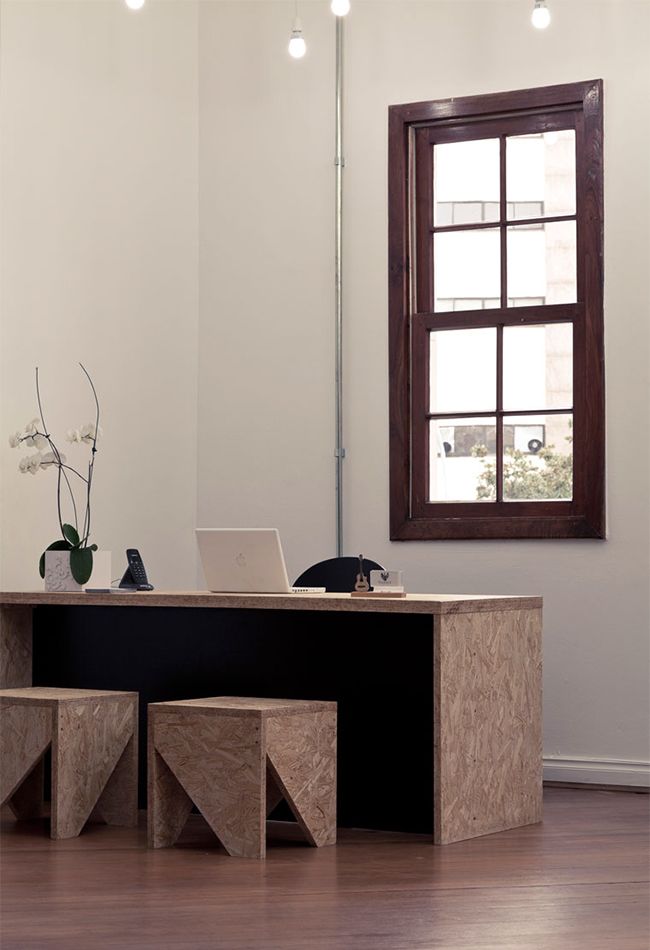 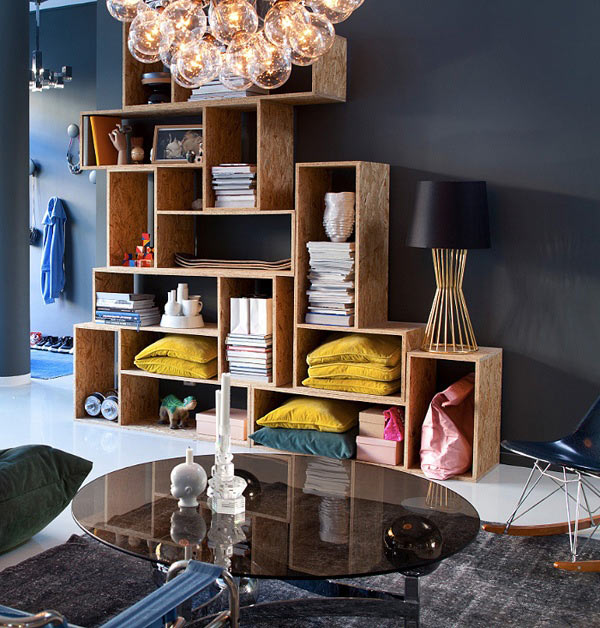 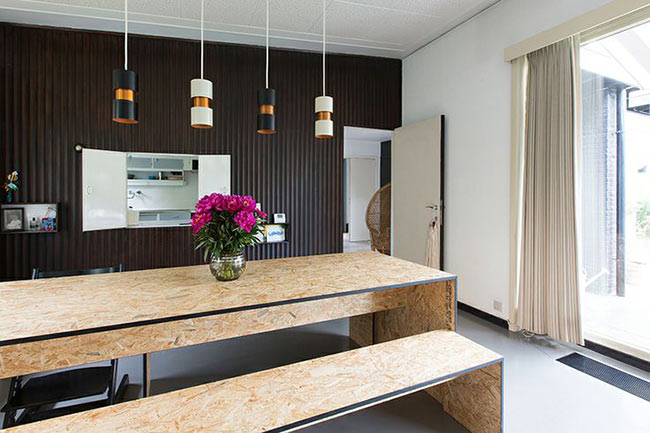 OSB can have an interesting effect if used in wallpapering one or more of the walls of the room. In such circumstances, when is considered a decorative potential, this material may be faced with two issues. The mix of wood tones of OSB may be considered details that relies on landscaping. As well, however, the texture may be one that sought to create a significant difference in the design project. In the second situation, the options become significantly more as to related to its texture that can be either preserved or changed through painting. 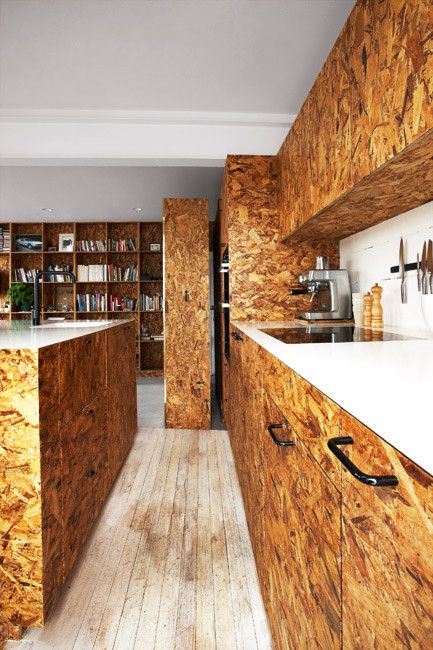 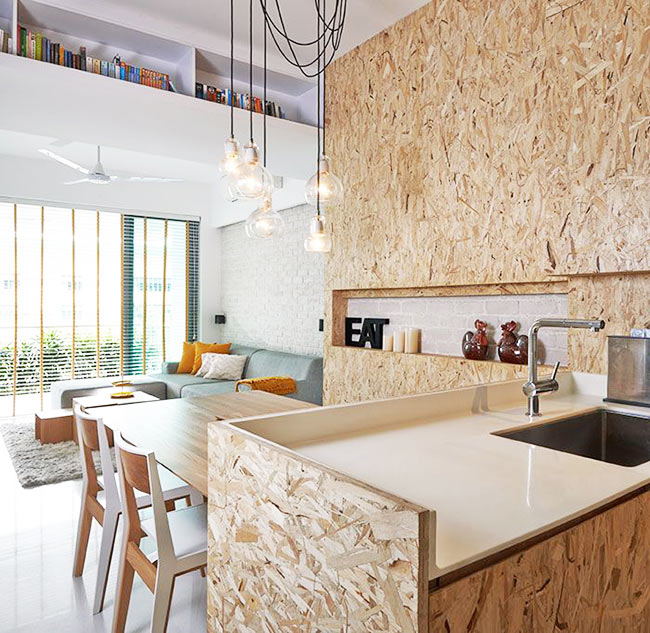 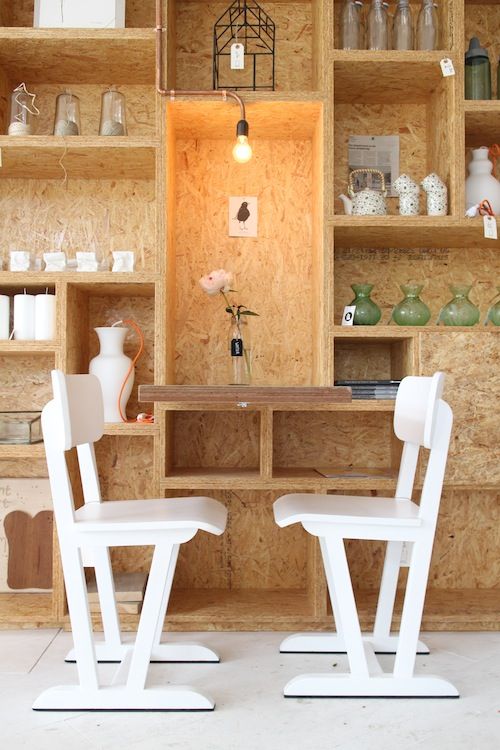 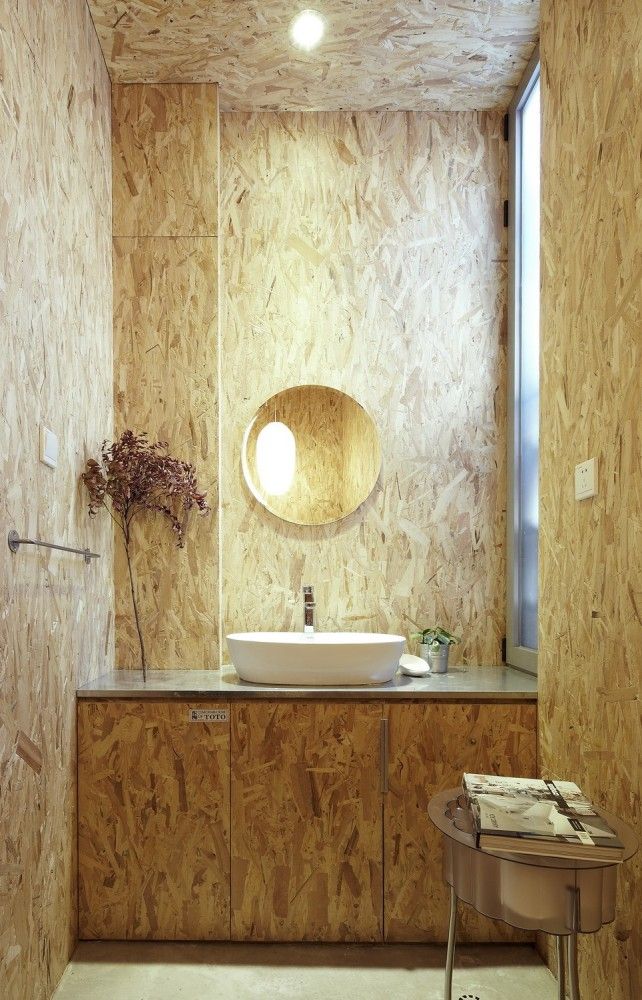 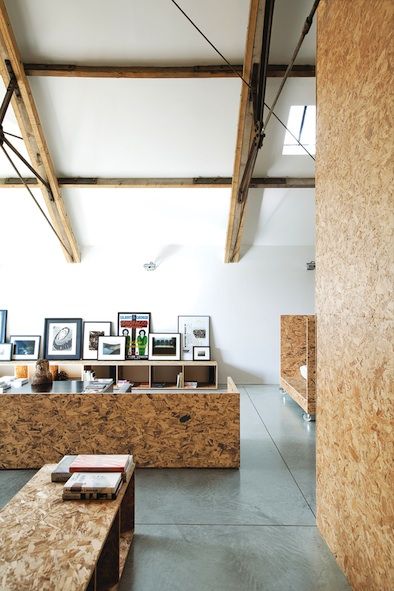